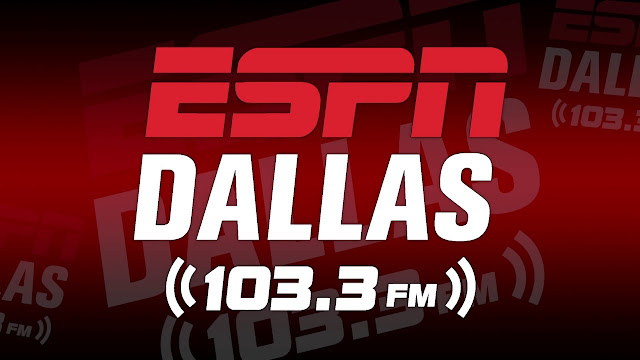 Cumulus has decided to give up control of KESN ESPN 103.3 FM  Barrett Sports Media is reporting that the media giant will drop its local arrangement with ESPN, placing the station back under Disney’s control on October 7th.

Licensed To Allan TX, Disney LMA'd operation of the station to Cumulus in August of 2013. It serves as the flagship station of the Dallas Mavericks and features two local weekday shows, JaM Session with Jean-Jacques Taylor and Matt McClearin, and Dennis and Company with Steve Dennis. Tim Cowlishaw was previously part of the afternoon program but exited the station in late July.

According to sources, ESPN is expected to discontinue local weekday shows, making the network’s national programming a heavier part of the station’s schedule. How Mavericks games will be executed with little infrastructure remains to be seen. The possibility of a future sale of the station can’t be ruled out.

Despite the change with 103.3, that doesn’t mean Cumulus is out of the sports business in Dallas. The company controls the legendary KTCK 1310 AM / 96.7 FM The Ticket, which will continue to operate with local programming and the Dallas Stars radio affiliation.

KESN is the only FM station owned by the Walt Disney Company. While ESPN controls all of the programming on the WEPN 98.7 FM in New York, the station is owned by Emmis Communications. Disney does have full control over KSPN 710 AM in Los Angeles.
Posted 3:37:00 AM