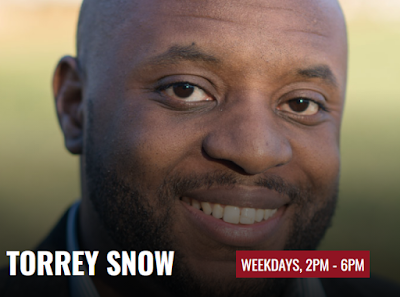 Hearst Television’s WBAL NewsRadio 1090 AM / FM 101.5 has announced the latest addition to its weekday lineup – Torrey Snow will now host weekday afternoons (2 – 6pm). Snow is already familiar to listeners through his appearances on WBAL as a fill-in host and on weekends.

Born in The Azores, Portugal, Snow was raised in Boise, Idaho and relocated to Maryland in 2006. Harboring a powerful passion for statesmanship, he ran for Anne Arundel County Council in 2018 and later that year was named the Republican Man of the Year by Anne Arundel County. More recently Torrey was appointed to the Maryland Commission of African American History and Culture and is the President of the Frederick Douglass Foundation of Maryland, focusing on community issues and improving minority engagement.

“Torrey’s deep knowledge of Baltimore and Maryland and thoughtful viewpoint on the current issues of importance is a valuable addition to WBAL NewsRadio. said Cary Pahigian, the station’s president and general manager. Listeners can expect a spirited examination of topics from all angles, along with late-breaking news, weather and traffic.”
Posted 12:18:00 PM