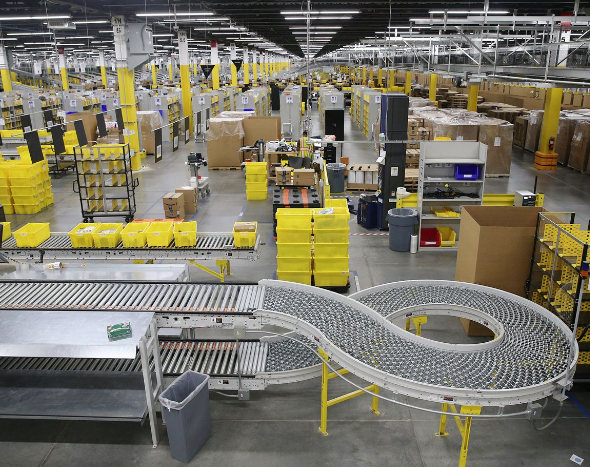 The largest mall owner in the U.S. has been in talks with Amazon.com Inc., the company many retailers denounce as the mall industry’s biggest disrupter, to take over space left by ailing department stores.

The Wall Street Journal reports Simon Property Group Inc. has been exploring with Amazon the possibility of turning some of the property owner’s anchor department stores into Amazon distribution hubs, according to people familiar with the matter. Amazon typically uses these warehouses to store everything from books and sweaters to kitchenware and electronics until delivery to local customers.

The talks have focused on converting stores formerly or currently occupied by J.C. Penney Co. Inc. and Sears Holdings Corp., these people said. The department-store chains have both filed for chapter 11 bankruptcy protection and as part of their plans have been closing dozens of stores across the country. Simon malls have 63 Penney and 11 Sears stores, according to its most recent public filing in May.


It wasn’t clear how many stores are under consideration for Amazon, and it is possible that the two sides could fail to reach an agreement, people briefed on the matter said.

The talks reflect the intersection of two trends that predate the pandemic but have been accelerated by it: the decline of malls and the boom in e-commerce.
Posted 1:14:00 AM