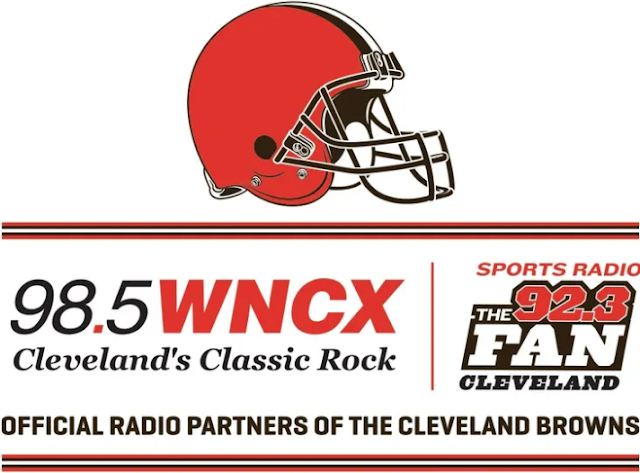 Entercom and the Cleveland Browns have announced a multi-year broadcast partnership extension.

As part of the extension, WKRK 92.3 The Fan and sister station Classic Rock WNCX 98.5 FM will continue serving as flagship radio stations of the team, airing all Browns games plus pre and postgame shows as part of the 26-station University Hospitals Cleveland Browns Radio Network.

“With football season right around the corner, we’re excited to continue delivering premier coverage of the Browns to Cleveland’s biggest sports fans on two of our market-leading stations – both on the field and off of it,” said Tom Herschel, Senior Vice President and Market Manager, Entercom Cleveland. “We value our long-standing partnership with the Cleveland Browns and look forward to many more seasons as the flagship radio stations of the team.”

“Through our flagship radio partnership, we have incredible opportunities and resources to consistently provide our fans with compelling radio programming on gamedays and throughout the year,” said Dave Jenkins, Executive Vice President and Chief Operating Officer, Cleveland Browns. “We greatly appreciate our partners’ efforts to bring our fans even closer to our players, coaches and entire team and are excited to continue to produce these shows with them in the years to come.”

92.3 The Fan and 98.5 WNCX have served as homes of the Browns since 2013, helping to air over 1,000 hours of team content through gameday and ancillary programming. The stations’ gameday broadcasts will continue to include pregame coverage prior to kickoff and postgame analysis after the game concludes.

In addition to gameday coverage, 92.3 The Fan and 98.5 WNCX will air weekly ancillary coverage. Effective immediately, the stations will air “The Cleveland Browns Preview Show” Wednesdays from 7:00 p.m. to 8:00 p.m. ET. Hosted by 92.3 The Fan morning show host Ken Carman and former NFL player and on-air personality Je’Rod Cherry, the program will feature a weekly breakdown of the team’s roster, upcoming opponents, the latest NFL news and interviews with Browns players, as well as insights and analysis from other members of the Browns broadcast team. On Thursdays from 7:00 p.m. to 8:00 p.m. ET, hosts Nathan Zegura and Beau Bishop will speak with Browns head coach Kevin Stefanski as part of “The Kevin Stefanski Show.”
Posted 2:52:00 AM