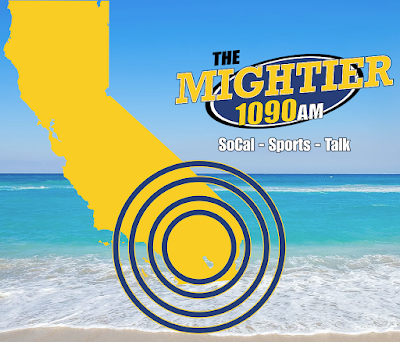 Riding the same robust signal that beams from Baja California, a repurposed sports radio station that was a San Diego fixture for 16 years before shutting down in April 2019 will make its official debut at 9 a.m. on August 17.

This time around, 1090 AM, which bills itself as “The Mightier 1090,” is far more national in its content, reports the San Diego Tribune.

Providing a local exception is station holdover and longtime San Diego host Scott Kaplan, whose “Kaplan and Crew Show” will air from 3-7 p.m.

Eisen’s program will run between 9 a.m. and noon.

“Coast to Coast,” a sports gambling-themed show hosted by Scott Ferrall will be on from 1-3 p.m. Ferrall will return from 7-9 p.m. with his “On The Bench Show,” which will be followed by Tony Bruno and Harry Mayes hosting their “Into the Night Show” until midnight.

“Launching a radio station from scratch during a pandemic with virtually no live sports taking place has been a daunting task to say the least, but we made it, and I am very proud of the product that we will be putting on the air,” Hagen said in a statement.