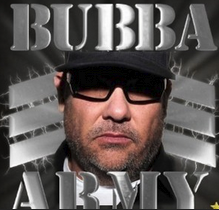 A multimedia content creator, Bubba also hosts a nationally syndicated morning radio show, which, like the new podcast, is produced from Tampa, Florida, and which is the #1 radio show on Twitch.

“We’re looking forward to delivering a guest-driven podcast that is fresh, current, relevant and that will become a daily destination for folks who want to have a little fun,” Bubba said.   “The Crossover Media team has a great track record; they know the advertising marketplace and they’ve assembled a powerful portfolio of programs.  It’s great to be working with them.”

“Over his decades on air, Bubba has regularly shaken up the audio landscape and, along the way, he has attracted a massive and loyal listenership and high-profile celebrity guests who understand the power of his platforms,” said Sue Freund, Crossover Media Group Sales managing member.   “And now Bubba brings that loyal audience to an entirely new, highly polished and potentially game-changing podcast that promises to take him to new heights.  Whether they’re fans or not, people are talking about Bubba – and we expect they’ll be talking about him even more once they hear the new podcast.

“The addition of ‘The Bubba Army Podcast’ will substantially round out our offering to advertisers of popular content, including multiple sports podcasts, serving a male audience, and will further expand our wide variety of content spanning the spectrum of genres and audience demographics,” Freund noted.
Posted 1:40:00 AM