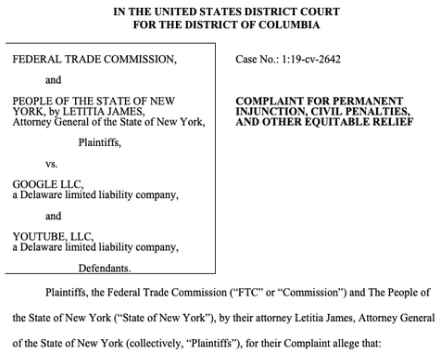 Google will pay $170 million to settle charges that YouTube made millions of dollars over the years from violating children's privacy laws, the Federal Trade Commission (FTC) and New York's attorney general announced on Wednesday.

The Hill reports the fine is by far the largest ever imposed on a website for violations of the 1998 Children's Online Privacy Protection Act (COPPA), which requires companies to obtain parental consent before collecting data on children under the age of 13. But the settlement also exposed a sharp partisan divide among regulators over how far to go in policing Silicon Valley.

The FTC alleged that YouTube, which is owned by Google, violated COPPA by collecting the personal information of users who watched videos that were clearly directed toward children and then used that data to serve up targeted advertising.

Who gets what: Google and YouTube will pay $136 million to the FTC and the remaining $34 million will go to the New York attorney general's office.