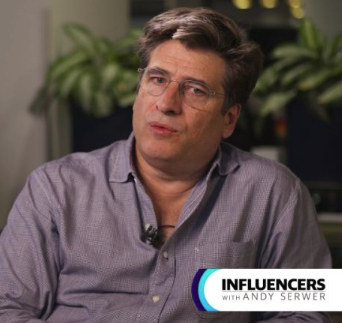 Tech investor John Borthwick doesn’t mince words when it comes to how he perceives smart speakers from the likes of Google and Amazon.

The founder of venture capital firm Betaworks and former Time Warner and AOL executive believes the information-gathering performed by such devices is tantamount to surveillance.

“I would say that there's two or three layers sort of problematic layers with these new smart speakers, smart earphones that are in market now,” Borthwick told Yahoo Finance Editor-in-Chief Andy Serwer during an interview for his series “Influencers.”

The way forward? Some form of regulation that gives users more control over their own data.

“I personally believe that you, as a user and as somebody who likes technology, who wants to use technology, that you should have far more rights about your data usage than we have today,” Borthwick said.

The venture capitalist’s comments follow a string of controversies surrounding smart assistants including Google’s Assistant, Amazon’s Alexa, and Apple’s Siri, in which each company admitted that human workers listen to users’ queries as a means of improving their digital assistants’ voice recognition capabilities.

It’s important to note that smart speakers from every major company are only activated when you use their appropriate wake word. To activate your Echo speaker, for instance, you need to say “Alexa” followed by your command. The same thing goes for Google’s Assistant and Apple’s Siri.
Posted 2:08:00 AM