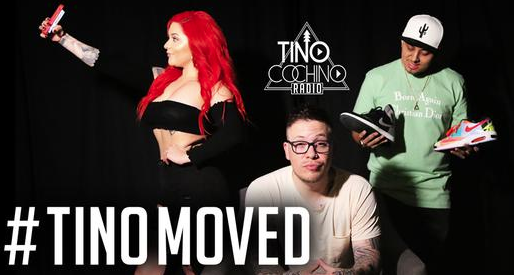 “Tino Cochino Radio,” starring top on-air personality Tino Cochino alongside Raquel Marquez and DJ Nicasio is one of the fastest-growing radio programs in the country. The show is syndicated nationally by YEA Networks across more than 50 markets and covers the latest hip hop and entertainment headlines.

Listeners can tune in each weekday night to hear an array of entertaining segments including Raquel’s Instadrama, Are You Smarter Than Nicasio, Tea Time and Real Talk.

“My dream to have one of the best Top 40 on-air personalities and influencers in the country join our program lineup has come true,” said Mat Mitchell, Program Director for 104.7 KISS FM. “Tino, Raquel and Nicasio are among the most driven people I’ve met in the industry and I cannot wait for their new night show to start in Phoenix while they continue to expand their syndication profile. #TinoMoved”

“It feels like we’ve won the lottery,” said Cochino. “The hospitality, drive and energy in this building are unmatched. I’ve always been the type to surround myself with those who want to better their best and that’s the case at iHeartMedia Phoenix. A special thanks to everyone at iHeart for their belief in our Tino Cochino Radio brand and vision for radio. We have a special love for the Phoenix community.”
Posted 4:27:00 AM