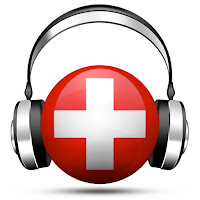 Bernard Maissen, deputy director for the Federal Office of Communications, has announced that Switzerland’s radio programs “will only be available on the FM Band until the end of 2024 at the latest.”

RadioWorld is report OFCOM based the decision on the radio industry’s existing agreement and legal provisions. As per studies available to OFCOM, at the end of June only 17% of listeners tuned into radio using FM.

According to the organization, in December 2014, the Digital Migration Working Group (AG DigiMig) stated that radio broadcasters intended to phase out VHF broadcasting by 2024.

It said that SRG and more than 80 percent of private radio stations agreed to this decision in 2015. And in October 2017, the Federal Council adopted the radio industry’s target and provided the legal framework for VHF switch off.

Maissen then announced the country would extend VHF radio licenses expiring in December 2019 until 2024, with the possibility of shortening the duration if the radio industry wishes.

Digital radio has been growing in Switzerland. Two-thirds of the country’s radio use is already digital, reaching 65% in spring 2019. DAB+ sets and FM radio had the same shares with 35%.

Norway was the first country to transition from FM radio broadcasting almost completely to digital. It officially began the process in January 2017.
Posted 1:04:00 AM