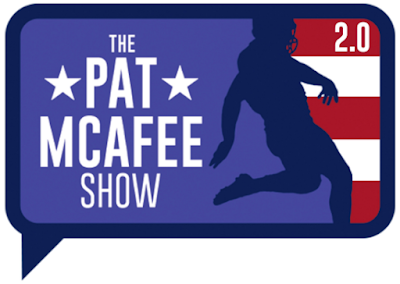 McAfee will expand his distribution from two podcasts a week to three, all featuring the former Indianapolis Colts punter delivering unique observations and provocative and entertaining interviews with friends, former and current players, coaches, and other personalities. The Pat McAfee Show 2.0 podcast generates more than 225,000 downloads per episode.

McAfee will also make an entrance in the broadcast space with the launch of an exciting new weekday morning sports talk show that also launches September 9th and will feature McAfee’s intelligent, witty, and personal take on sports news and newsmakers. The Pat McAfee Show will air live Monday through Friday from 10 am – 12 noon ET and will feature a video simulcast on DAZN, the leading global sports streaming platform.

McAfee, who played in two Pro Bowls during his eight-year NFL career, brings a fresh take on sports and entertainment to listeners and fans. He is known for having zero filter and is both relatable and refreshing. His player’s insight, electric storytelling, and robust sense of humor have helped him build a huge and loyal fan base with more than two million social media followers. During his playing days in the NFL, McAfee was a frequent guest and fan favorite on the Westwood One-syndicated Bob & Tom Show. Earlier this year, McAfee launched his own stand-up comedy tour, playing to sold out crowds at every venue.

“Pat McAfee is exactly what sports media needs right now,” says Suzanne Grimes, EVP Marketing, Cumulus Media and President, Westwood One. “He’s played at the highest level with power and passion. He exudes energy. He can relate to the greatest athletes, but he also truly connects to the everyday fan. He puts you right by his side so you can vicariously enjoy what he experiences.”

McAfee was recently signed by ESPN to be its Thursday night prime time college football analyst. He earned a scholarship to kick at West Virginia University after winning a national kicking competition. He was drafted by the Colts in 2009.
For information on The Pat McAfee Show 2.0 podcast, contact Suzy Schultz at sschultz@westwoodone.com or (212) 419-2905.  For information on how you can bring The Pat McAfee Show to your station, contact Rich Burg at rburg@westwoodone.com or (212) 824-2994.
Posted 2:00:00 AM