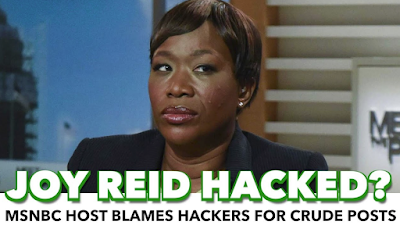 MSNBC‘s failure to address that dubious hacking claim has irked some inside 30 Rockefeller Plaza. Several employees who spoke to The Daily Beast—on condition of anonymity so as not to jeopardize their employment—said they were largely unimpressed with the statements, noting that many questions remain conspicuously unanswered.

“Everyone in the building is laughing at the idea that it was a hacker,” one MSNBC staffer told The Daily Beast.

According to several NBC insiders, however, some staffers on Reid’s show believed she was hacked—a sentiment shared by several of her friends in the media who first defended her in April.

Other staffers expressed a growing sense of alarm about how this ongoing saga may damage MSNBC’s reputation as a news outlet.

While Reid is well-liked and respected by colleagues, said one staffer, they are waiting for Reid and MSNBC management to demonstrate a sense of accountability for her inconvenient past writing beyond boilerplate apologies. “It’s very problematic,” said an MSNBC insider.

Particularly, several LGBT staffers at the network expressed feeling insulted by how Reid seemingly suffered no consequences for her old homophobic blog posts or transphobic tweets.

“How many apologies do we need?” another staffer asked.

Others pointed out that this ordeal makes it difficult for Reid to freely comment on the news without viewers calling out some hypocrisy. Multiple staffers pointed to how Reid was roundly mocked online when—amid outrage over Roseanne Barr’s racist tirade—daytime host Andrea Mitchell asked Reid, without irony, “What do you have to do on social media to get fired from a top rated show on an American broadcast network?”