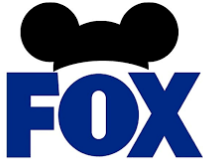 Twenty-First Century Fox Inc. set a date for shareholders to vote on its $52 billion plan to sell assets to Walt Disney Co., essentially creating a deadline for rival suitor Comcast Corp. to make a formal offer.

Bloomberg is reporting Fox scheduled the special shareholder meeting for July 10, but said it may postpone the gathering should another “event” require additional time, according to a statement Wednesday. Fox is recommending that investors vote in favor of the Disney merger.

The scheduled meeting adds to pressure on Comcast executives who are already laying the groundwork for a bid to snatch away Fox’s trove of entertainment assets. Last week, Comcast confirmed its desire to outbid Disney for the Fox operations, sending a signal to Fox investors that they may not want to rush to accept a deal.

Executives at Comcast, which said its potential all-cash offer would top the value of Disney’s current all-stock bid, planned to begin approaching Fox shareholders to discuss their intentions soon, a person briefed on the matter said last week.

Fox Chief Executive Officer James Murdoch hasn’t been shy about expressing his support for Disney over Comcast. He said Tuesday that the deal has a higher certainty of closing and that he’s focused on getting it done.

Last week, Comcast said it was in the “advanced stages” of preparing an offer for Fox, which would roil a plan by Disney CEO Bob Iger to bolster the company’s dominance in entertainment.
Posted 3:31:00 AM