Disney Quick to Act When Image Is Threatened 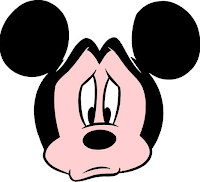 When talent with whom Disney works threatens to undermine its image, it has moved fast.

That happened last year, for example, when Disney ended its partnership with YouTube’s biggest star, PewDiePie, in response to questions from The Wall Street Journal about videos he made featuring anti-Semitic jokes and Nazi imagery.

Disney has also run into controversies involving left-leaning talent, including at its ESPN sports operation. The network chose not to suspend host Jemele Hill last fall after she tweeted that Mr. Trump was a “white supremacist,” a remark that triggered an uproar among the president’s supporters but garnered support from others, including prominent black athletes. She was later suspended over a comment related to National Football League players’ national-anthem protests that the network deemed detrimental to its sponsors, the Journal reported.

In the case of “Roseanne,” the rebooted show delivered strong ratings early on. The first episode averaged around 18 million viewers, according to Nielsen, and even got a plug from Mr. Trump.

Just two weeks ago, ABC showcased “Roseanne” heavily at its annual programming presentation to advertisers in New York. Ms. Barr appeared on stage to rousing applause. There were even jokes that Mr. Sherwood was the one responsible for her reckless tweeting.

Behind the scenes, though, there were growing concerns that Ms. Barr’s social media presence could hurt the sitcom, the people familiar with the situation say.

There were discussions with Ms. Barr before the show’s cancellation was announced. A person with knowledge of the talks said she was contrite and apologetic.

ABC didn’t say how it would replace “Roseanne.” The show generated $45 million in ad revenue this season, according to consulting firm Kantar Media. 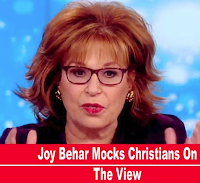 While Barr’s tweets were admittedly stupid and in very poor taste, so, too, were Joy Behar’s comments calling Christians mentally ill during a segment of The View earlier this year. And, unlike Roseanne’s tweets made from a personal Twitter account, Behar’s remarks were made on-air during an ABC show.

Now, notice the reaction time of these two incidents.

At 2:00, less than 12 hours after Barr initially posted her tweet, ABC CEO Bob Iger announced the network had pulled the plug on the show.

Flashback to Behar’s offensive description of Vice President Mike Pence and millions of faithful Christians as crazy nutjobs who talk to ghosts in the sky during a segment on her ABC-aired show on February 13.

According to MRCTV, it took three weeks for Iger to address the controversy, which he did in the most backhanded way possible. Reports emerged that Iger had informed shareholders that Behar had called Pence to apologize privately for her disparaging remarks. No real statement. No public apology. And definitely no firing of Behar.
Posted 4:21:00 AM