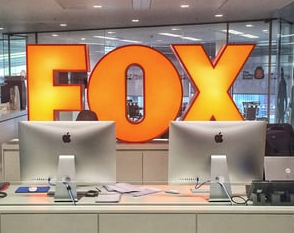 Fox Networks Group had grand ambitions to reduce commercials this season, specifically in its Sunday night block of animation and comedies. The plan was to knock off as much as 40 percent of ad time in more than 40 Sunday nights of the year.

But its plan has hit a snag, according to AdAge.

While Fox is still out selling its one-minute commercial breaks, dubbed "just a and z" pods, or Jaz for short, they're currently slated to run on only three Sunday nights next season. Those nights are Oct. 14, Oct. 21 and Nov. 11, according to people familiar with the situation, who note that the dates have changed before and could again.

Fox was out early with its idea for limited commercials, which it pitched before its upfronts presentation to advertisers this month. But the execution has changed course along the way.

The roadblocks have come both from Fox's affiliates and its programming division, buyers surmise. Fox's head of ad sales Joe Marchese had been talking with affiliates in an attempt to move local ad breaks out of many Sunday nights, but it doesn't appear that he'll have deals in place in time for this year's upfront negotiations.

(The Jaz pod gets its name from the "A" and "Z" positions in a typical commercial break, the first and last ones to run, with others in between; a Jaz pod would include only those two spots.)

While Fox's plans are more modest for next season than perhaps its initial pitch to the marketplace, most of the industry agrees the efforts are commendable, and on the nights Fox does air its shows with a reduce commercial load, viewers will see a noticeable difference.
Posted 10:39:00 AM