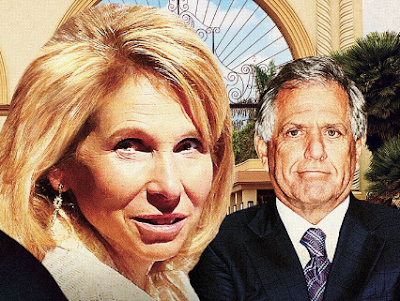 A Pennsylvania state pension fund claims Shari Redstone’s National Amusements Inc. breached its fiduciary responsibility by interfering in a CBS board vote that diluted the heiress’ grip on the media giant.

In addition, NAI, owned by the Redstone family, violated Delaware law when it pushed through at the 11th hour a change in the CBS bylaws aimed at blocking the dilutive vote, the suit, filed in Delaware Chancery Court by the Westmoreland County Employees Retirement System, claims.

A Delaware judge is weighing whether the bylaws change is legal.

According to The NYPost, the suit by the pension fund, a shareholder in CBS, is the latest salvo in the weeks’ long warfare between the New York media giant and the Redstone family — which controls 80 percent of the voting power at CBS through coveted A shares.

CBS, led by Chairman and Chief Executive Moonves, claims in court papers that Redstone is pushing a merger only with Viacom, also controlled by the family, because it is in her best interest.

CBS shareholders would be better served if CBS merged with another company, it said in court papers. Indeed, Redstone blocked an approach by an unidentified third party interested in a possible merger, court papers claim.

Redstone, the daughter of ailing media mogul Sumner Redstone, claims through NAI lawyers that the move to amend CBS bylaws — to require a 90 percent vote on certain matters — was perfectly legal.

The CBS board in May voted 11-3 to issue a dividend of A shares to every CBS shareholder. The move would dilute the Redstone family control from 80 percent to about 20 percent.
Posted 3:43:00 AM