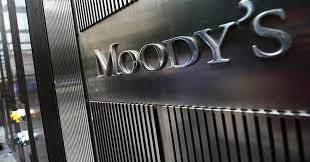 The outlook is stable.

Cumulus filed for Chapter 11 bankruptcy in November 2017. As part of the reorganization plan, $1,729 million of secured term loans will be exchanged for $1,300 million of new secured term loans and 83.5% of the equity and $610 million of unsecured notes and other unsecured claims will be exchanged for 16.5% of the equity upon exit from bankruptcy. Debt will decrease by over $1 billion as part of the plan and reduce leverage from 10.8x as of Q1 2018 to 6.1x upon exit and allow management to focus on continuing to improve operations with a more sustainable balance sheet.

Cumulus' B3 CFR reflects the company's pro forma debt-to-EBITDA leverage of 6.1x (including Moody's standard adjustments except for leases; 5.8x including all Moody's adjustments) as of Q1 2018 and challenging market conditions in the terrestrial radio industry.

According to Moody's, the radio industry is being negatively affected by the shift of advertising dollars to digital mobile and social media as well as heightened competition for listeners from a number of digital music providers. Secular pressures and the cyclical nature of radio advertising demand have the potential to exert substantial pressure on EBITDA performance over time.

The ratings receive support from Cumulus' portfolio of stations including 441 in 90 different markets in addition to its Westwood One network that provides syndicated radio programing to approximately 8,000 other radio stations. Improved operations following the change in management at the end of 2015 also support the ratings.

The stable outlook reflects Moody's view that revenue and EBITDA will be relatively flat during 2018 supported by political ad spend in an election year. Asset sales could reduce the amount of debt outstanding over the next year, but Moody's expects market conditions will be more challenging in 2019 due to the decline in political ad spend in a non-election year and the secular pressures in the radio industry.
Posted 7:04:00 AM