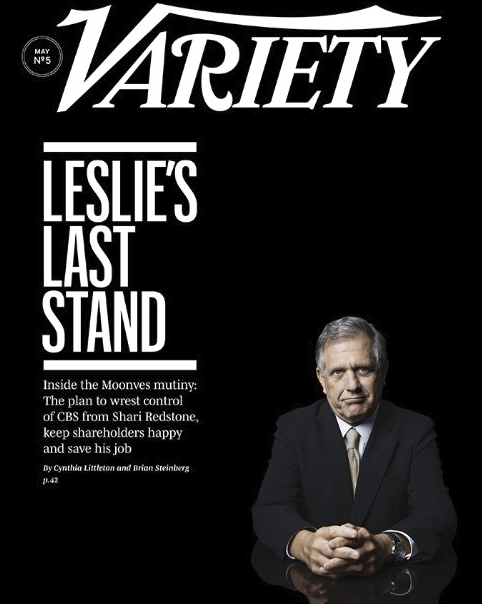 Shari Redstone’s National Amusements has returned fire at CBS, suing Leslie Moonves and most of the CBS board of directors as the battle for control of the company escalates.

According to Variety, the 66-page complaint filed Tuesday by National Amusements Inc. (NAI) in Delaware Chancery Court seeks to block the CBS board’s effort to dilute NAI’s overwhelming voting control in the company. The complaint also challenges the legality of Moonves’ severance package, asserting that the rich pact was never reviewed by the full CBS board. The NAI lawsuit follows CBS’ stunning decision to file suit May 14 against its controlling shareholder, claiming that NAI’s agenda in pursuing a merger of CBS and Viacom was detrimental to the interests of other CBS shareholders.

The Wall Street Journal reports Shari Redstone shot back at CBS Corp. Tuesday, alleging that CBS Chief Executive Leslie Moonves gave the CBS board an “ultimatum” that he would resign unless directors voted to strip her family of voting control.

In a complaint filed Tuesday in the Delaware Court of Chancery, Ms. Redstone and her family holding company, National Amusements Inc., say that CBS’s action to strip National Amusements of voting control by issuing a dilutive dividend to all shareholders is invalid.

They say that the recent legal attacks against the Redstone family aren’t motivated by the CBS board’s concern over being forced to merge with corporate sibling, Viacom Inc., as CBS says. Rather, Ms. Redstone says that the motivation is Mr. Moonves’s opportunistic seizure of the moment to throw off the yoke of having a controlling shareholder that he has long chafed against, according to the complaint.

And NBC's Claire Atkinson writes Extraordinary revelations emerged Tuesday about the tense — and, at times, allegedly physical — closed-door meetings between senior executives at CBS and Viacom, which remain locked in a battle over a potential merger. Legal filings describe how 64-year-old Shari Redstone, one of the most powerful women in media, was reportedly manhandled by a member of the CBS board, with Charles Gifford "grabbing her face and directing her to listen to him."

Redstone, who is vice chairman of CBS and Viacom and the daughter of ailing media mogul Sumner Redstone, is under fire from CBS, which claims that National Amusements, the holding company that retains 80 percent of the voting shares in CBS and Viacom, was usurping its role by trying to force a merger of the two and potentially replace CBS board members.

Redstone suggested that Gifford for one not be renominated. Gifford later told her that he meant no offense, adding "that was how he treats his daughters when he wants their attention" according to the filing. Redstone responded that "She was not Mr. Gifford's daughter but instead the vice chair of CBS."
Posted 1:02:00 PM