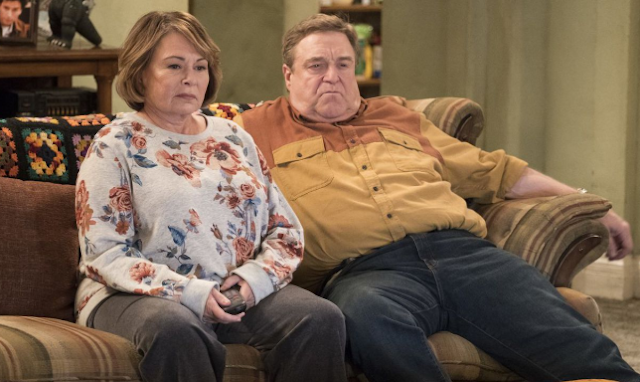 Roseanne Barr's controversial tweets have finally shown some serious consequences. ABC announced Tuesday that it had canceled the "Roseanne" revival following a tweet by Barr that likened former Obama advisor Valerie Jarrett to an ape.

"Roseanne's Twitter statement is abhorrent, repugnant and inconsistent with our values, and we have decided to cancel her show," says a statment from ABC.

The revival of "Roseanne" garnered huge ratings for ABC this year, with 18.2 million viewers for its premiere in March. It was picked up for another season immediately. The ratings impressed President Trump so much that he called her to congratulate her on them.

But, reports BusinessInsider, Barr's controversial statements on Twitter have cast a shadow over the show. These tweets have varied from racism to supporting conspiracy theories like Pizzagate, but were largely ignored by the network until Tuesday.

On Tuesday, Barr tweeted a response to a tweet that accused former adviser Valerie Jarrett of hiding misdeeds from the Obama administration. "Muslim brotherhood & planet of the apes had a baby=vj," Barr wrote, characterizing Jarrett, an African-American woman born in Iran, as a child of the Muslim Brotherhood and an ape.

Twitter users immediately called out the racism in Barr's comment, and many questioned ABC's decision to keep her show on the air.

In response to criticism, Barr first defended herself, saying, "Muslims r not a race." Later, Barr apologized, tweeting, "I apologize to Valerie Jarrett and to all Americans. I am truly sorry for making a bad joke about her politics and her looks. I should have known better. Forgive me-my joke was in bad taste."

It was not enough, and as the uproar continued Tuesday, ABC made the decision to cancel the show.
Posted 2:18:00 PM