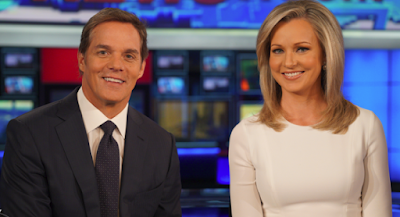 "Bill and Sandra’s ability to cut through the headlines and provide hard-hitting interviews with the nation’s leaders have made it must-see television and we’re excited to add an extra hour of this informative program to the weekday lineup," Fox News president and executive editor Jay Wallace said.

"Happening Now" host Jon Scott will anchor "Fox Report Weekend" on Saturdays at 7:00pm ET and on Sundays at 6:00pm ET, kicking off on Saturday, June 16.

Scott, who has been with Fox News Channel since its October 1996 launch, will also contribute to weekend breaking news coverage.

Geared towards providing hard news and interviews with key newsmakers, "America’s Newsroom" has averaged 1.6 million total viewers, making it the number one news program in its timeslot.

Hemmer has anchored the program since its inception in 2009 and for the majority of his 10-year tenure at the network. Smith joined him as co-anchor last fall and has co-hosted "Outnumbered" since its debut in 2014.
Posted 10:25:00 AM