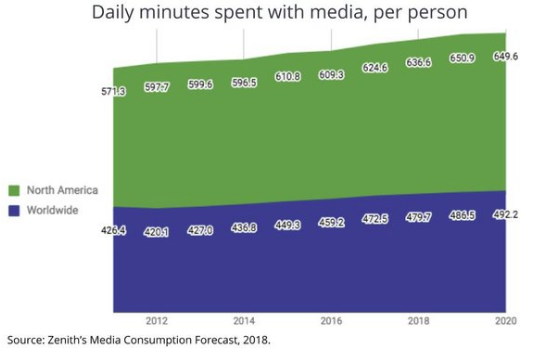 Thanks largely to the ubiquitous access of mobile devices, the total time people spend consuming media continues to grow, and according to the head of forecasting at Publicis’ Zenith unit, will max out around total awake time.

“I think we’ve got a way to go,” Zenith Head of Forecasting and Director of Global Intelligence Jonathan Barnard told Media Daily News during a briefing on the eve of the agency’s new Media Consumption Forecast, released today. But with new technologies -- especially 5G connectivity and Internet of Things connected devices -- Barnard predicts the upper limit of media consumption will only be limited by sleep. 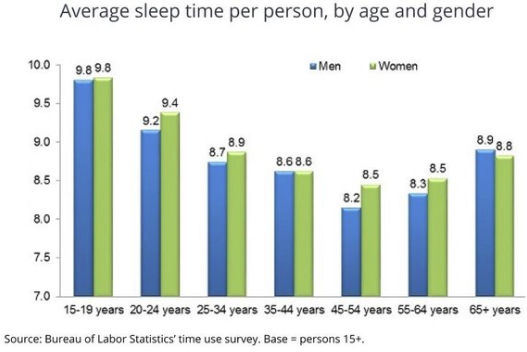 Currently, the average American’s non-sleeping day is about 912 minutes, according to the U.S. Bureau of Labor Statistics. Zenith’s new forecast estimates the average American will spend 636.6 minutes daily with media this year, or about 70% of the time we are awake. Over the next two years, Barnard forecasts we will add another 13 minutes per day consuming media.

The U.S. indexes among the highest nations in the world in terms of time spent consuming media, but Barnard says the global average is catching up, due to more ubiquitous access via mobile technology, and ultimately, from IoT connected devices too.
Posted 10:46:00 AM