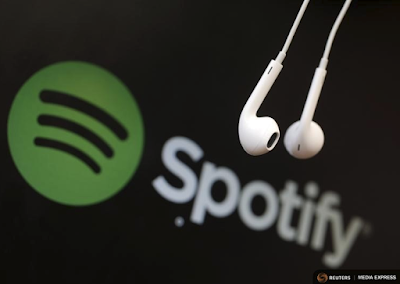 STOCKHOLM (Reuters) - Swedish telecom operator TeliaSonera is buying into music streamer Spotify for a slice of the fast growth and rapid innovation typical of online companies, investing as competition heats up in Spotify's industry.

TeliaSonera said on Wednesday it would pay $115 million for a batch of newly issued shares, valuing Spotify at $8.2 billion, as it expands its partnership with the Stockholm-based business that provides free on-demand music or an advertisement-free service for paying customers.

The deal for a 1.4 percent stake in Spotify comes just two days after Apple, the world's most valuable company, launched a music streaming service at a price similar to Spotify's, muscling into a market already teeming with competition.

The Wall Street Journal reported TeliaSonera's investment was part of a larger round of funding by unlisted Spotify which had closed on Tuesday, raising a total of $526 million. There was no immediate comment from Spotify.

Apart from purely financial considerations, TeliaSonera Chief Executive Johan Dennelind said his company could learn from one of the world's most innovative companies.

Dennelind said the investment was part of a strategy to solve what he called "the industry puzzle", seeking new ways to grow in the face of stalling growth for telecom operators in their core business.

Like many European rivals, the Swedish telecom incumbent has had a hard time increasing revenue in its home market in the face of fierce competition.

"We want to master the internet logic as well as we have mastered the telecom logic," Dennelind said, pointing to faster growth in online services than in traditional telecoms.

"We haven't been quick enough in the past. And this is a way for us to take part in a company that has it as its DNA: innovation, speed, ideas, launches and global competition."

He declined to say if Telia might boost its stake in future or give details on what new services the companies would work on together. In a statement, Telia said it would cooperate in areas such as media distribution, customer insights, data analytics and advertising.

Dennelind said Telia could decide to take further steps with companies operating in what he called the border area between the telecom, media and Internet industries.

Spotify's blog said on Wednesday the company had reached more than 20 million subscribers and over 75 million active users, roughly doubling those numbers compared to a year ago.

It said Spotify had paid more than $300 million in royalties in the first quarter this year, taking the total to more than $3 billion.

Spotify, which last year boosted revenue by 45 percent to 1.08 billion euros ($1.2 billion) and made a 165-million-euro operating loss, recently announced that it would soon provide video content from musicians, news organizations and TV networks.

Spotify does not disclose details about its ownership but co-founders Daniel Ek and Martin Lorentzon have sold stakes in the business and no longer own a majority.
Posted 1:48:00 PM