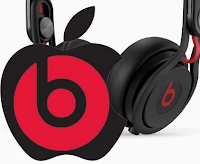 The Attorneys General of New York and Connecticut are investigating whether the deals struck by Apple Inc. for its new music service violated antitrust rules, according to Marketwach.

The letter, sent via email on Monday from Universal’s lawyers, did not specify Apple as the target of the investigation. However, Universal said it was not colluding with Apple; nor was it working with its two major rivals Sony Music Entertainment  and Warner Music Group to impede competition in the streaming music market.

“This letter is part of an ongoing investigation of the music-streaming business, an industry in which competition has recently led to new and different ways for consumers to listen to music,” said Matt Mittenthal, a spokesman for New York Attorney General Eric Schneiderman, in a statement.