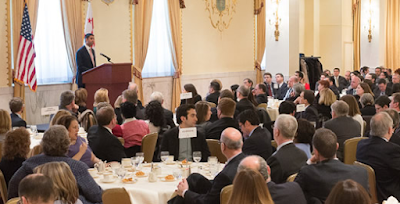 In a presentation to the Federal Communications Bar Association, O'Rielly said the bureau was “dangerously misguided.” He faulted the bureau for excessive settlement amounts from companies.  O'Rielly called levied fines as excessive and a display of  self-aggrandizing fanfare.

O’Rielly said he had heard from "a couple of parties" who were subjected to enforcement actions.

In trying to first discuss their issues with the Enforcement Bureau, O’Rielly says they were told any potential settlement would generate a penalty “in the multiple-hundreds of millions or billions and require an admission of guilt.

“In the few settlements that have occurred, parties have told me that settling for unfair terms was just a better option than years of prosecution and having their company name dragged through the mud,” O’Rielly said.

He accused the Enforcement Bureau of ratcheting up proposed penalties “beyond the original intent of the statute,” at times basing them, not on the actual violation, but a number that “seems to be picked out of a hat, loosely based on a company’s revenues.”