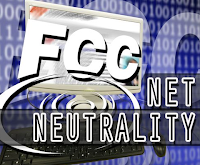 The new federal rules for net neutrality will be allowed to take effect Friday, the U.S. Court of Appeals for the District of Columbia Circuit ruled Thursday.

"Petitioners have not satisfied the stringent requirements for a stay pending court review," the ruling from the three judge panel said.

The Hill reports the court denied a request for a stay that would have put the rules on hold until a broader court battle is settled. It ruled that it will expedite the underlying case.
The ruling is not on the final merits of the challenge, but hands an early victory to net neutrality advocates.

The regulations reclassify Internet providers as utilities, giving the Federal Communications Commission (FCC) more powers to regulate them. That includes stopping providers from selectively slowing the delivery of content to users.

“This is a huge victory for Internet consumers and innovators,” said FCC Chairman Tom Wheeler. “Starting Friday, there will be a referee on the field to keep the Internet fast, fair and open.”

Industry groups expressed disappointment at the decision not to stay the rules but cheered the ruling that the case should receive faster consideration.

While many in industry hoped that the rules might be stayed, providers have been taking steps to avoid becoming the targets of complaints when the rules go into effect on Friday.