James D. Mitchell, who was known as Mitch Malone on the radio, hosted the highly rated Quiet Storm radio show weeknights from 7 p.m. to midnight at Radio One-WKJS KISS 99.3 / 105.7 FM.

The Petersburg native graduated from Virginia State University and later served as music and sports director for the university radio station.

He also worked in several other markets, including Greensboro, Baltimore, Norfolk and Raleigh-Durham.


Additionally, Malone served as a fill-in traffic reporter on WTVR’s morning news in the early 2000s.

KISS-FM Vice-President and General Manager Linda Forem said Malone had one of the best and most soothing voices to ever grace Richmond radio or television.

On Sunday, Malone posted what turned out to be his final Facebook entry: 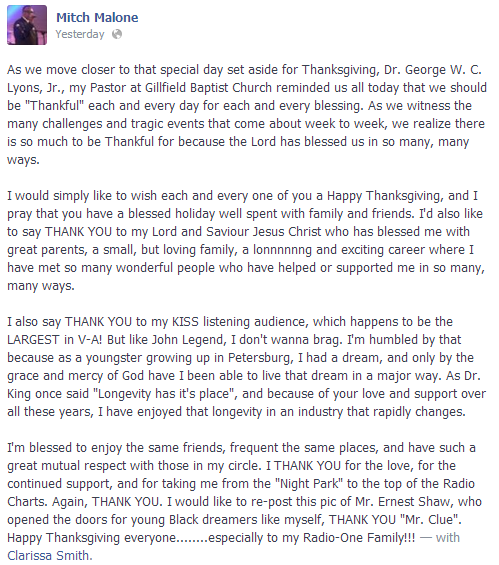