Penetration of Smartphones, Tablets Grows Among US Teens 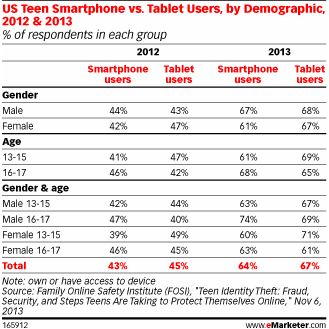 Both smartphone and tablet use saw a large leap among US teenagers ages 13 to 17 between 2012 and 2013, according to an October 2013 survey from the nonprofit Family Online Safety Institute (FOFSI) conducted by Hart Research Associates, according to eMarketer.com. 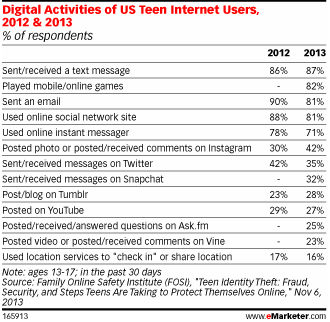