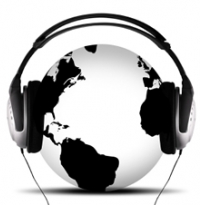 Musician advocacy groups are celebrating reports that Pandora is dropping its lobbying effort in Congress, according to The Hill.

Last year, Pandora backed the Internet Radio Freedom Act, which would allow Internet radio services to pay the same, lower royalty fees for music that cable and satellite radio services pay. Billboard reported last week that Pandora is dropping its lobbying effort on that bill and turning its attention to the Copyright Royalty Board, which determines those royalty fees.

In a statement, Pandora founder Tim Westergren confirmed that the company is dropping its push for the Internet radio bill in the immediate future.

“We are pragmatic and recognize the low probability that Congress will address this issue in the near term,” he said, thanking the members who supported the bill “for their continuing efforts to ensure a vibrant and thriving music industry.”

Westergren said the company “will focus on other paths to resolution, including the upcoming Copyright Royalty Board arbitration, for which we have been preparing intensively for some time.”

The musicFirst Coalition, a musician advocacy group and vocal critic of Pandora’s lobbying efforts, claimed victory in a blog post.

“We unquestionably want digital services to succeed, but not at the expense of fair pay for music creators.”

The coalition also called for the end of an exemption for radio stations, which currently do not have to pay royalty fees. Rep. Mel Watt (D-N.C.) introduced a bill earlier this year that would eliminate that exemption and require radio stations to negotiate with rightsholders to determine royalty fees.