Crosley Still In The Radio Business After All These Years 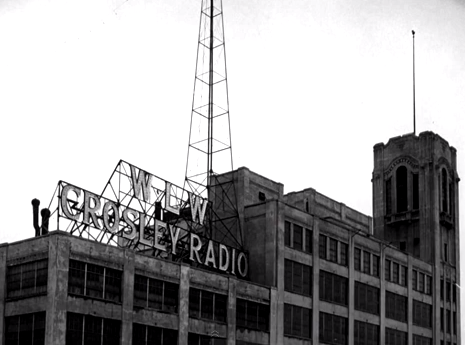 “We fly under the radar,” said  Crossley CEO Bo LeMastus, 50, who notes that most of his business dealings are outside it homebase of Louisville.  He told the courier-journal.com, “One minute you’re in Minneapolis talking to Target, and then you’re in Philadelphia with Urban Outfitters. It’s not by design that we fly low. We just do.”

Yet, beyond manufacturing, which is done in China, the vast majority of Crosley’s business, is done by a staff of 64 in Louisville — including design, marketing, sales, customer service and distribution. The company recently broke ground on a new 260,000-square-foot distribution center in nearby Simpsonville, which should open early next year.

Crosley currently offers 50 models of turntables, table radios, jukeboxes and telephones, in addition to a growing line of furniture. And its products are sold in hundreds of retailers throughout the United States, Europe, Asia and South America.

Crosley Radio’s story began in early 1920s Cincinnati, when Powel Crosley Jr. built a table radio from scratch for his son, after becoming annoyed by the prices stores were charging.

Crosley was already a successful inventor and businessman, mostly in the automobile industry, but he was enamored by radio’s potential for connecting people on an unprecedented scale. He turned that first radio into an industry.

By 1924, Crosley Radio was the world’s leading manufacturer of radios, and by 1934 the Crosley Broadcasting Corp. was blasting programming nationwide with a 500,000-watt transmitter on station WLW out of Cincinnati.

Back in 1932 WLW increased their power from 50,000 watts to 500,000 watts. They were the only AM broadcasting station in America ever to operate at 500,000 watts. Much of the old transmitter still exists. It is really a high power amplifier with a high level modulator (360,000 watts). The amplifier was driven from their existing 50,000 watt Western Electric transmitter. The system used 20 100,000 watts tubes ($1,600 each in 1932) that required water cooling that used a cooling pond located outside the station. Tons, and tons, of hardware was required to achieve the 10 dB gain.
Posted 3:07:00 AM