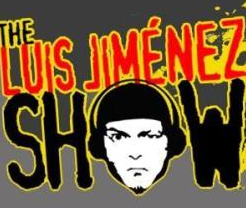 Success seemingly hasn’t spoiled the 43-year-old Luis Jimenez, who this year celebrates the twentieth anniversary of the day he flew to from , - - where he was a parttime deejay and the station’s janitor - - to interview for a radio job at a major station in , according to The NY Daily News.

“The Luis Jimenez Show,” broadcast Monday to Friday from midtown on WXNY 96.3-FM since 2008, has attracted a huge part of the city’s overall radio audience and is regularly among the Top 10-rated shows in any language.

But it’s also the highest-rated show among ’s diverse and ever-growing Hispanic market, thanks to a successful blend of on-air banter between the charismatic, quick-witted Jimenez and his studio crew, over-the-top sketches, song parodies and appearances by some of the biggest Latino stars in music, movies, television and sports.

Jimenez says he had one goal in life since he was a little boy - - to be on the airwaves. He ended up working part-time for a local station, and by his late teens had talked his way into a job at an station - - though his responsibilities included cleaning the building.

“I was working part-time on the radio when I was a janitor, but I just wanted to be full-time on the air and get paid to do that and not have to clean bathrooms,” Jimenez recalls.

After landing an interview at La Mega 97.9 in , Jimenez soon became host of “El Vacilón de la Mañana.” Working with sidekick Moon-shadow, the show built a rabid following for antics that often made rival Howard Stern’s show look like an NPR special.

Jimenez spent more than 14 years on La Mega, his coming in 2004 when the show was rated No. 1 in the market in any language.