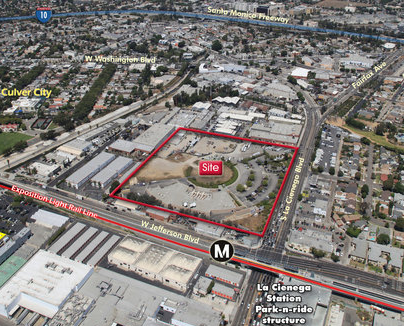 The 10-acre site at the northwest corner of La Cienega and in is near a stop on the Expo Line rail route connecting downtown and . The area is considered ripe for mixed-use development that might include apartments, offices and stores.

Cumulus has not set a price for its property, but real estate experts familiar with transit-oriented development say the Baldwin Hills site could command $200 a square foot, or more than $90 million.

Cumulus determined that the property was a greatly underutilized asset and decided to sell it in order to free up cash to redeploy in other areas of the business, a company representative said. Cumulus plans to consider options that would allow it to remain at the location after the sale, perhaps as a tenant.


The radio stations have occupied a 45,000-square-foot broadcast facility on the sprawling square-shaped property for decades.