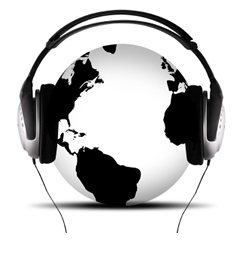 Even though technology is rapidly changing the way consumers listen to radio, traditional tune-in remains strong and vibrant, according to NielsenAudio.

Tech advances like satellite stations and online streaming services have certainly gained the spotlight in recent years, but traditional radio continues to attract the biggest audience.

According to Nielsen’s most recent Music 360 report, traditional radio is still the predominant way people listen to the radio. Sixty-three percent of music listeners report that radio is their dominant source for music discovery. In fact, in 2012, Nielsen measured more than 133.7 million song spins on traditional radio.

That’s not to say, however, that alternate ways to tune in haven’t piqued consumer interest. The radio industry has seen market fragmentation similar to that of television, where new ways to view shows have grown in popularity and have had an additive effect on overall time spent viewing.

“The accessibility of music has seen tremendous expansion and diversification,” said David Bakula, SVP Client Development, Nielsen. “While younger listeners opt for technologically advanced methods, traditional methods of discovery like radio and word-of-mouth continue to be strong drivers. With so many ways to purchase, consume and discover great new music, it’s no wonder that the consumer continues to access and enjoy music in greater numbers.”


But the growth in online listening isn’t just coming from young listeners. Up 40 percent from last year, Nielsen has seen growth in the number of consumers who report using an audio streaming service. The total number of streamers accounts for more than two-thirds of the U.S. population, with 68 percent of the population reporting that they have streamed music online in the last year.
Posted 3:46:00 AM