CBS To Air Special On the Beatles 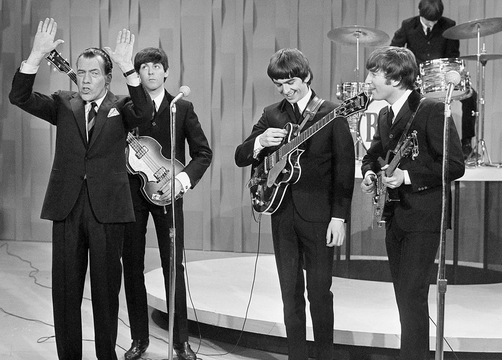 The Night That Changed : A Grammy Salute to the Beatles, which celebrates the 50th anniversary of the Fab Four's debut performance on The Ed Sullivan Show in 1964, will air Sunday, Feb. 9, 2014 from 8-10 p.m. ET/PT, the network announced Thursday.

Though though no names were announced, CBS says that "today's top artists" will cover songs performed by The Beatles while appearing on Ed Sullivan Show, as well as other songs throughout the group's career. Various presenters will also highlight the impact -- musical, cultural and historical -- of the group and their TV appearance, which drew 74 million viewers.