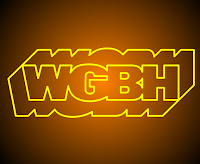 WGBH Boston and the Library of Congress are collaborating on an ambitious project to build the first comprehensive digital archive of content from the nation’s public broadcasters and will eventually make it available to the public over the Internet, according to boston.com.

WGBH and the Library of Congress will jointly establish a permanent home for the archives with the help of a $1 million grant from the Corporation for Public Broadcasting that was announced Thursday.

The collection will include key moments in American history, such as coverage of the 1963 March on Washington, one of Olympian Jesse Owens’s last interviews, and early reports on the space program. The archives will also memorialize events captured by local public broadcasters in their communities, such as the WGBH radio broadcast in 1963 from Boston Symphony Hall, when BSO conductor Erich Leinsdorf told the audience that JFK had been assassinated.

The American Archive of Public Broadcasting will include 2.5 million pieces of content from more than 100 national and local broadcasts — some 40,000 hours. Much of the content will be entire shows, such as “Mister Rogers’ Neighborhood” and Julia Childs’s “The French Chef,” but the archive will also feature raw footage, unedited interviews, speeches, and live music.