3 Things to Watch Ahead of Pandora's Earnings 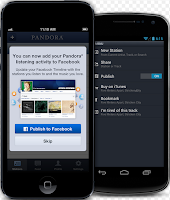 Pandora has proved resilient to increased competition in the streaming music space, even as tech heavyweight Apple launched its iTunes Radio last month, according to The Motley Fool.

In fact, Pandora's market share increased more than 8% in October, despite an impressive debut for Apple's iTunes Radio. About 11 million listeners tuned in to Apple's rival service during its first weekend on the market. Apple says it now has 20 million listeners on iTunes Radio, but that's still far fewer than Pandora at more than 70 million active users today.

However, since advertising is Pandora's bread and butter, a more crucial number to consider is the amount of time each user spends on the service. For iTunes Radio, that number is about 9.5 minutes per day, according to analysts at B. Riley & Co., whereas Pandora users tune-in an average of 38.5 minutes each day. 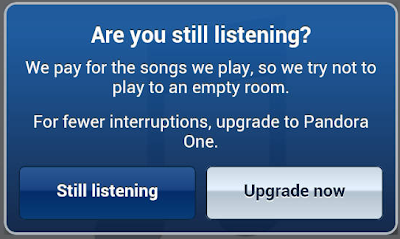 This is important, because investors will want to keep an eye on Pandora's listener hours relative to the prior quarter, when the company reports its third-quarter results on Thursday. For its second quarter of fiscal 2014, Pandora reported total listener hours of 3.88 billion -- representing an 18% year-over-year spike in engagement. The longer users are listening to Pandora, the more cash advertisers would be willing to spend on the platform.

Looking to its third quarter, investors will also want to keep an eye on Pandora's share of radio listening. With major competition in the space including Apple and Sirius XM Radio , shareholders will want to see Pandora growing its market share on a consistent basis. The Oakland, Calif.-based company increased its market share more than 6% in Q2 and last month said its share of radio listening grew to 8.06%.

Shareholders will also want to watch how Pandora controlled costs in its third quarter.