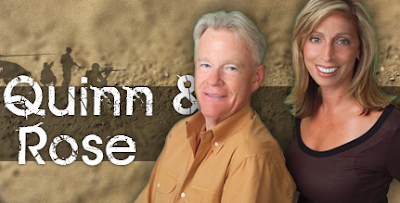 The duo finished its run in last Friday, according to the Pittsburgh Post-Gazette.

In a statement, a Clear Channel spokesperson said "WPGB tried to reach new terms with Jim Quinn and Rose Tennent, but as that was unsuccessful, they will be moving on and we support and thank them for the contributions they have made to Clear Channel Media + Entertainment's WPGB over the years."

Another Clear Channel talent, David Bloomquist will host mornings on WPGB from 6-10 a.m., effective immediately. A former sports and morning news anchor on television, Bloomquist, known as "Bloomdaddy," broadcasts from WWVA 1170 AM in The program also is available on 's WLTP, 910 AM.

The show has also been picked as the Best Morning Show in a local newspaper poll.
Posted 11:50:00 AM