With the election less than two weeks away, Americans are following the presidential campaign more closely on nearly every news platform than they were earlier in the year, including print newspapers.

A Pew Research study released Thursday indicates the biggest gains have come on the internet-both to the websites of traditional news sources and those native to the web. 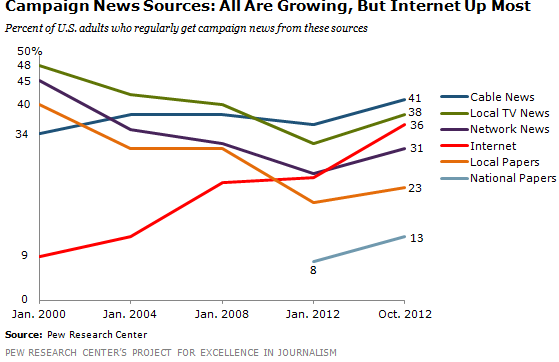 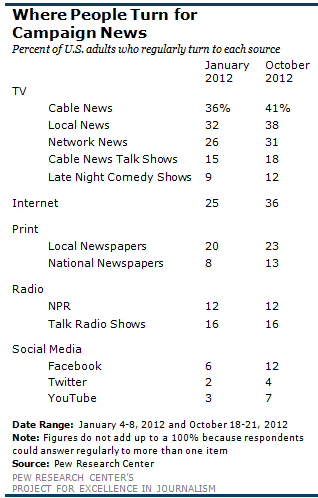