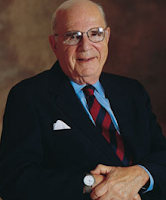 Lester M. Smith, who along with entertainer Danny Kaye and four other investors became the original owners of the Seattle Mariners in 1976, died Wednesday at his home of undisclosed causes. He was 93. Smith, Kaye, Stanley Golub, Walter Schoenfeld, James Stillwell and James A. Walsh owned the Mariners until 1981, when they sold to real estate developer George Argyros.

Smith came to the expansion Mariners as a businessman who had spent most of his working career in the broadcasting industry. His interest started in 1954 when he acquired KJR. He subsequently became CEO of Kaye-Smith Enterprises, a diversified company in the fields of entertainment and broadcasting.

Born Oct. 20, 1919 in to Sadie and Alexander Smith, Smith graduated from and went to work for NBC as a page, guiding tours of its studios. Smith served in the military during WWII, after which he traveled to to visit an uncle, and decided to make the West Coast his home.

Smith joined a media brokerage firm in 1951 and became a station owner in 1954 when ’s KJR became available. Smith also acquired radio stations in and . By the 1960s, Les had become a partner with Kaye in 10 radio stations – each known as a well-run, highly competitive market leader.