Stephen G. Smith, who was known as "Stash" on 98 Rock, pleaded guilty Monday morning to drunk driving charges and was sentenced to six months in the Harford County Detention Center, according to a story atbaltimoresun.com. 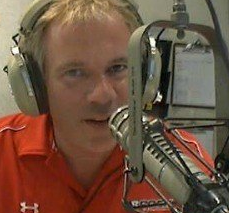 She also placed him on supervised probation and required him to abstain from alcohol.

Smith, a Bel Air resident, was involved in a three-car crash at Route 24 near the I-95 intersection July 22 that sent five people to the hospital with minor injuries.

As a result of the charges, he was fired from 98 Rock after more than 20 years working in radio.

Smith's lawyer, Leonard Shapiro, said his client had done a lot of good in the community, including charity through the radio station, and is committed to turning his life around.

Shapiro said Smith, who has five children with his wife, relapsed into drinking from the stress of dealing with his severely autistic son.