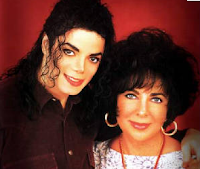 When it comes to earnings, it’s hard to beat Michael Jackson. The pop singer, who died in 2009 at the age of 50, raked in more than any living artist in the past 12 months: $145 million.

But this year that wasn’t enough to get him to the top of Forbes list of the Top-Earning Dead Celebrities. Beating him to the No. 1 spot is his old friend Elizabeth Taylor. The estate of the glamorous actress, who was 79 when she passed away last year, earned a staggering $210 million last year.

The residuals will keep on the Forbes list, but without the money from the one-time auction, it will be tough for her to beat out the King of Pop again: ’s estate has many steady revenue streams. Not only does it earn from sales of his own music, Jackson owned a 50% stake in Sony‘s ATV catalog, which includes artists like The Beatles, Taylor Swift and Lady Gaga.

earned $90 million more than our third-ranked celebrity, Elvis Presley. With $55 million in earnings the king of rock n’ roll pulled in the same amount as he did in 2011.

Peanuts creator Charles Schulz ranks fourth with $37 million. Sixty years after the comic strip debuted, Charlie Brown and the gang are as hot as ever. The Peanuts are the ninth most lucrative entertainment franchise, bringing in $2 billion a year globally at retail. The strip is about to get the big-screen treatment from Fox’s animation division Blue Sky, which produced the Ice Age movies. That could help boost Shulz’ earnings in coming years. The movie is slated for 2015.

Bob Marley rounds out the top five, with $17 million in earnings last year.