The Miami Marlins called at 4:15pm news conference Tuesday to announce the dismissal of Ozzie Guillen as manager.

Here’s how the sports stations covered the news on their respective websites at the same time. 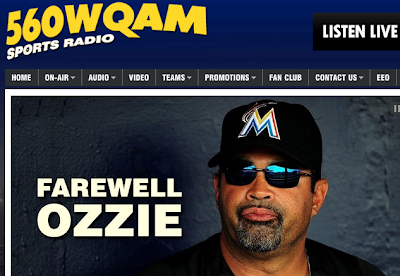 Oops!  WQAM also promoted the start of the World Series, between SF and Detroit Tigers.  But, they had the wrong night.  WS starts Wednesday, not Tuesday as "tonight" would indicate.  Apparently, no one at the station station caught it all day. 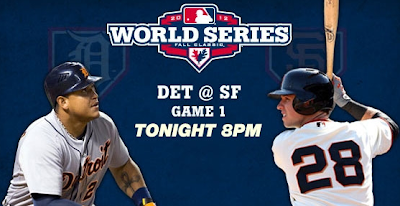 WAXY 790 AM/104.3 FM..linked To Miami Herald story. WAXY is the English langugage flagship station for the Marlins. 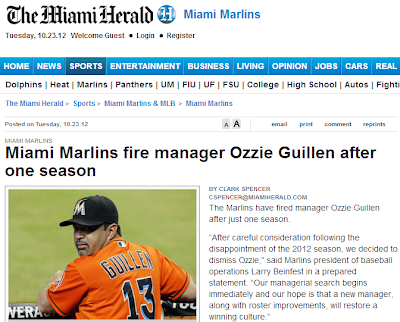 WINZ 940 AM..banner linked to one sentence mention of breaking story. 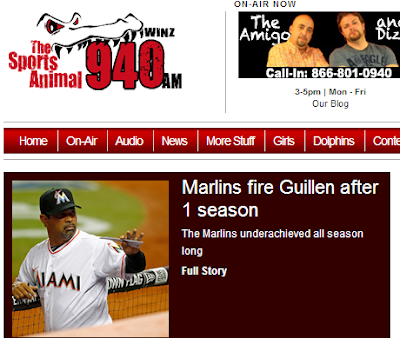