Shocker: Tom Langmyer Out As GM At WGN Chicago 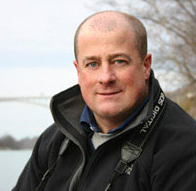 Publicly, it was made to look as though Langmyer simply chose to leave the station, effective immediately. Privately, Langmyer and his Tribune Broadcasting bosses disagreed about upcoming changes to the radio station. Both parties felt it was just best to part ways. The move had been coming for some time, but it was Tribune Broadcasting that chose the time of this exit to be today.

Tribune Company is looking to exit bankruptcy at some point this year and turn over ownership of the media giant to a handful of creditors, who are expected to begin to sell off portions of the company. The most valuable asset Tribune Company has is its radio and TV division, Tribune Broadcasting. Nils Larsen, President and CEO of Tribune Broadcasting and Sean Compton, President of Programming and Entertainment for Tribune Broadcasting, wish to make changes right away to make the division look leaner and more valuable on the books. That means major cutbacks will soon be happening. Rather than fighting against the changes, something he has done to some success for the last few years, Langmyer chose to step aside.

Tom Langmyer came to WGN Radio in 2005, after a highly regarded 13 year run as an executive for CBS Radio. During his time in Chicago, the radio station experienced record revenue and profits.