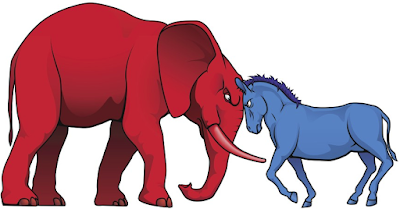 ➤GIULIANI ARGUES IN COURT TO STOP PENNSYLVANIA CERTIFICATION: Michigan's Wayne County last night unanimously certified election results from the state's largest county showing Joe Biden beating President Trump, just hours after two Republicans on the four-member Wayne County Board of Canvassers at first blocked the certification. The extraordinary initial refusal to certify drew swift condemnation as an effort to block the results of the election, in which Biden beat Trump in Wayne County, which includes the city of Detroit, by more than a 2-1 margin and won Michigan by more than 146,000 votes. 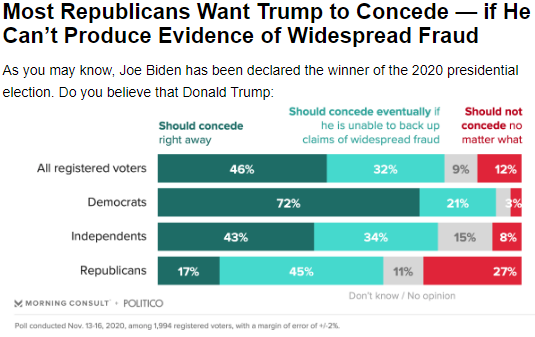 Despite no evidence of any significant voter fraud or voter error, Republicans are trying to stop formal certification of the election results in several swing states won by Biden, including Arizona, Nevada and Pennsylvania. As part of that effort, Trump's personal attorney, Rudy Giuliani, was in federal court in Pennsylvania yesterday to try to stop the state from certifying its votes. He claimed, without presenting evidence, that Democrats in control of big cities engaged in a nationwide conspiracy to steal the election. During arguments, U.S. District Judge Matthew Brann told Giuliani agreeing with him would disenfranchise the more than 6.8 million Pennsylvanians who voted, and asked, "Can you tell me how this result could possibly be justified?" Giuliani said, "the scope of the remedy is because of the scope of the injury." Officials of both political parties have stated that the election went well. Biden's margin of victory in Pennsylvania is now about 81,000 votes, or about 1.2 percentage points.

ࣸ➤TRUMP FIRES NATION'S TOP ELECTION SECURITY OFFICIAL WHO DISPUTED ELECTION FRAUD CLAIMS: As President Trump's legal effort continued Tuesday to try to keep President-elect Joe Biden's victory from being certified in several states, Trump fired the nation's top election security official after he'd disputed the president's unsubstantiated election fraud claims. Christopher Krebs was the widely-respected director of the Cybersecurity and Infrastructure Security Agency, which had said the election was the most secure in U.S. history, and Krebs had issued several statements over the past week vouching for the proper conduct of the election. After his firing, which Trump announced via Twitter, Krebs tweeted, "Honored to serve. We did it right. Defend Today, Secure Tomorrow. Protect 2020."


➤CORONAVIRUS TASK FORCE WARNS OF 'FURTHER DETERIORATION' ACROSS THE COUNTRY: The White House coronavirus task force warned in its weekly reports to states about the worsening of the pandemic in the U.S. State reports from the task force dated November 15th that were obtained by CNN said, "There is now aggressive, unrelenting, expanding broad community spread across the country, reaching most counties, without evidence of improvement but rather, further deterioration. Current mitigation efforts are inadequate and must be increased to flatten the curve to sustain the health system for both Covid and non-Covid emergencies."

Rand Paul Promises To Resist Biden Lockdown: ‘We Can’t Go On Like This Forever’ https://t.co/PxY9FGJYpC pic.twitter.com/wf9cKe3LRy


Meanwhile the Food and Drug Administration yesterday approved emergency use of the first rapid coronavirus test that can be performed entirely at home and gives results in 30 minutes. However, the single-use test from Lucira Health will require a prescription. Users swab themselves in the nose to get a sample, which is swirled in a vial of solution that plugs into a portable device. Results are shown as lights that indicate positive or negative.

➤U.S. CUTTING TROOP LEVELS TO 2,500 IN IRAQ AND AFGHANISTAN: Acting Defense Secretary Christopher Miller said Tuesday that the U.S. will reduce troop levels in Iraq and Afghanistan by mid-January, accelerating the withdrawals. The decision comes despite senior military officials having argued in favor of a slower, more methodical pullout of U.S. forces to preserve gains won in the two countries. Miller, who took over a week ago after Trump fired former Defense Secretary Mark Esper, said the U.S. will reduce troop levels in Afghanistan from more than 4,500 to 2,500, and in Iraq from about 3,000 to 2,500. Some congressional Republicans criticized the move, as did NATO Secretary-General Jens Stoltenberg, who warned NATO could pay a heavy price for leaving Afghanistan too early. However, Democratic Rep. Adam Smith, the chairman of the House Armed Services Committee, endorsed the decision.
➤AMERICANS SHIFTING TRAVEL AND COMMUTING BUDGETS TO HOME REPAIRS DURING PANDEMIC: This year Americans have been spending more time than ever at home, and as a result they’re continuing to invest in their living spaces as the pandemic rages on. A new report from HomeAdvisor finds that the average household spent $13,138 on home services such as maintenance, landscaping, and cleaning projects this year, up from $9,081 on average in 2019. The average homeowner also increased their home projects to 11 this year, up from 8.1 in 2019—a 23 percent increase. The top three most completed projects involved bathroom remodels, interior painting and installing new flooring. Forty-one percent of consumers said their top reason for home improvement spending was to make the home better suited their lifestyle needs. 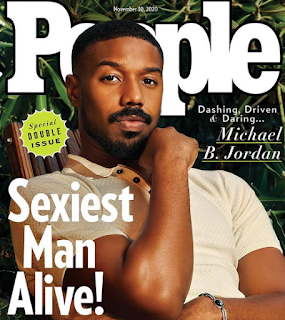 ➤MICHAEL B JORDAN NAMED SEXIEST MAN ALIVE 2020: People Magazine has named Michael B. Jordan 2020's Sexiest Man Alive. The actor told the magazine about the title, "It's a cool feeling. You know, everybody always made that joke, like, ‘Mike, this is the one thing you’re probably not going to get.' But it’s a good club to be a part of."

In his cover story, Jordan discussed his parents Donna and Michael and his siblings Khalid and Jamila and the impact they've had on him. He explained, "My mom and dad sacrificed so much to provide for my sister, brother and me. I'm just grateful. Honestly it’s like they all have had such an impact on me and who I am and how I approach each day and without that, a lot of things about me just wouldn’t be the same. So it all comes back to that foundation. I’m really thankful for that."

On where he sees himself in ten years, he said he hopes "to be maybe directing a little more, acting less, producing a lot more."

He added, "Just growing, whatever the next evolution of me is. Hopefully a family by then, I’m going to throw that in the universe. I want to make an impact all over the world and not just through the roles that I play."
🏀NBA DRAFT FINALLY ARRIVES TONIGHT: The NBA Draft is finally being held tonight after multiple delays due to the coronavirus pandemic. The Minnesota Timberwolves have the first pick in the draft, which will be held virtually with Commissioner Adam Silver announcing the selections from ESPN's studios in Connecticut, without any players or fans in attendance. Among the leading players in this year's draft are Georgia guard Anthony Edwards, Memphis center James Wiseman, and LaMelo Ball, who skipped college to play professionally overseas. 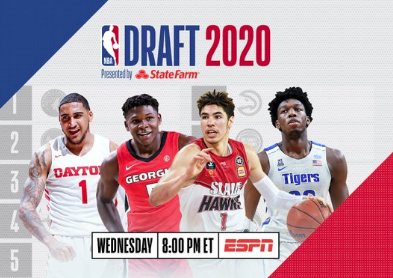 🏀NBA'S 2020-21 SEASON WILL HAVE PLAY-IN TOURNAMENT: Like the 2019-20 NBA season that just ended in mid-October, the upcoming 2020-21 season will be disrupted by the coronavirus pandemic, and the NBA announced some changes yesterday. The delayed season will begin on December 22nd and be shortened to 72 games, and players will be traveling as usual, not playing in a bubble environment like that used which play resumed after the coronavirus suspension. There will be a play-in tournament after the regular season that will take place from May 18th to 21st and involve the teams with the seventh through 10th-best records in each conference, who will play for the final two playoff spots in the East and the West. Because of the later-than-usual schedule, players may not be able to take part in the Tokyo Olympics.

The NFL will hold a virtual Pro Bowl this year, with players competing in the Madden video game https://t.co/5fdJPFEXZx


🏈NFL TO HOLD VIRTUAL PRO BOWL IN 'MADDEN NFL 21': The NFL announced yesterday that it will hold a virtual Pro Bowl in Madden NFL 21. The NFL had already canceled the Pro Bowl due to the pandemic. The announcement said there will be a, quote, "week-long series of matchups featuring celebrities, NFL legends, current players, and streamers playing as the official Pro Bowl rosters in Madden NFL 21. These matchups will culminate in an action-packed virtual Pro Bowl game played with 2021 Pro Bowl players facing off within Madden NFL 21." The Pro Bowl Fan Vote began yesterday and will continue until December 17th, with voting on both Madden NFL 21's mobile and console versions and on NFL.com, and also on Twitter from December 1st to 17th. One-third of the vote determining the Pro Bowlers will come from fans, one-third from players and one-third from the league's coaches.

🏈MORE NFL PLAYERS PUT ON COVID LIST: The New York Giants, Atlanta Falcons and Las Vegas Raiders were among teams that put players on the NFL's reserve/Covid-19 list yesterday and the Washington Football Team had someone in its organization test positive for the virus for the first time since the season began. Additionally, the L.A. Rams announced an unidentified player tested positive last night. The NFL said there were 17 new confirmed positives among players and 35 among other personnel during testing from November 8th to 14th.

⚾DODGERS' BELLINGER HAS SHOULDER SURGERY: Outfielder Cody Bellinger of the World Series champion Los Angeles Dodgers had surgery Tuesday on his right shoulder and is expected to be out for 10 weeks, according to media reports yesterday. Bellinger dislocated his shoulder while celebrating his seventh-inning home run in the Dodgers 4-3 win over the Atlanta Braves in Game 7 of the National League Championship Series.

🏀WICHITA STATE BASKETBALL COACH MARSHALL RESIGNS AFTER MISCONDUCT PROBE: Wichita State basketball coach Gregg Marshall resigned Tuesday after an investigation into allegations of verbal and physical abuse. Former player Shaq Morris claimed he'd been hit twice by Marshall during a practice in 2015, and also charged he'd seen him choke an assistant coach, both claims Marshall denied. During his tenure, Wichita State made a run to the Final Four in the 2012-13 season, went unbeaten during the regular season, and finished 35-1 the following year. The program also sent several players to the NBA.
Posted 4:17:00 AM