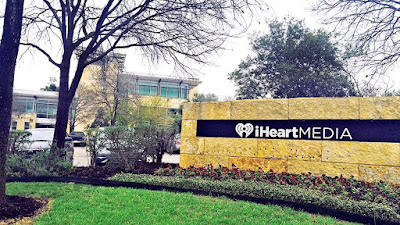 iHeartMedia remains is in the midst of its third round of layoffs of 2020.  The Tampa Bay Times reports a handful of Tampa Bay employees, on-air and behind-the-scenes workers, have lost their jobs as a result.

“I think the pandemic has wreaked havoc on everybody,” said 95.3/620 WDAE reporter Steve Carney, who covered the Tampa Bay Rays and was let go Nov. 13. “We did furlough people at the beginning of the pandemic. Some of them were brought back, some of them were not. As this thing continues to deepen, I think a lot of people are seeing the writing on the wall.”

Others who announced their departures on social media include Joey “Deuce” Agan, who appeared on several stations, including 98 Rock, and David Bell, an assistant program director at NewsRadio 970 WFLA.

The exact number of Tampa Bay employees affected by the latest cuts was not available. Questions to an iHeartMedia programming official in Tampa were referred to national company spokeswoman, who did not return a number of emails Thursday.

Other radio companies also have shed jobs this year. In April, Beasley Media Group notified the state it was furloughing or laying off 70 employees from its stations in St. Petersburg.

A number of local iHeartMedia employees were let go in January, before the pandemic, including longtime 95.7 personality DJ Sandman. Later in the year, some furloughs brought on by the coronavirus became permanent. Industry publication All Access has identified at least 120 iHeart employees affected by these latest cuts.

“This is something they’ve been doing now for a couple of weeks, so it’s not like a one-day thing where they did this,” said Carney, 43. “I think a lot of people are concerned about what it means going forward. And this industry is about making money.”

For its most recent financial quarter, iHeartMedia posted revenues of $744.4 million, down 21.5 percent from the previous year — a net loss of $32.1 million.