“It’s all building and I think you are looking at people who are trying to get aboard this party, and for good reason. It’s such a growth engine,” Pittman said in the interview with Bloomberg TV. “This podcast business has now surpassed the streaming music players. It has probably been the fastest digital growth business,” he said. “It is certainly the focus right now as people who have never thought about audio are thinking very seriously about podcasting and jumping into this.”

According to InsideAudioMarketing, the investment is not only coming from outside the audio and podcast industry but also within it. During the past several months podcasters have watched as Spotify struck its biggest acquisition to date with a $235 million deal to buy Megaphone, while SiriusXM has spent $353 million to acquire Stitcher/Midroll and Simplecast, and iHeartMedia spent $50 million to buy Voxnest.

Pittman said iHeart’s deal to buy Voxnest was “another piece in the puzzle” for his company’s podcast business. He said the aim is to “maximize the monetization” of the big audience that iHeart now has for its podcasts. The iHeartPodcast Network was the largest podcast publisher during October as measured by Podtrac. It said iHeart hit new record highs with a monthly U.S. audience reach of more than 27.8 million listeners with downloads and streams topping 266 million, both showing growth from a month earlier. 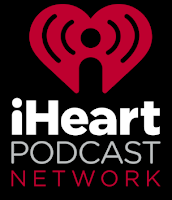 “And by the way, it’s still growing,” said Pitman, dismissing any fears that the pandemic lockdowns last spring – or potentially again in the coming weeks – could cut into podcast consumption long-term. “Our podcast usage did not dip. It went up. We saw a shift in the categories – less true crime, more news and comedy – but I think the important thing for us is to maximize the value of this growth, and to keep the growth going.”

In the interview Wednesday, Pittman said podcasting has surprisingly been a “young person’s medium” dispelling the idea that younger people only want music, not spoken word content. “They do, it just has to be right spoken word,” he said.

Pittman also dismissed any suggestion that in-car listening to podcasts or broadcast radio has suffered a long-term setback. He pointed to the Apple Mobility figures that reveal Americans are now on the move more than they were in January before the pandemic. “Driving habits are not forever changed. Some of us are fortunate enough to work from home but most people are not,” he said. Pittman also pointed to a new GroupM report that showed radio listening is up seven percent during the pandemic.

He thinks working in radio’s favor is its role in listener’s lives. “We’re not content, we’re companionship,” he said. “For radio, our usage was great because consumers really needed us because unlike music collections like Spotify, Pandora, and Apple Music, we’re radio, we’re companionship. Our job is to keep people company.