Hulu To Up Sub Price 18 Percent 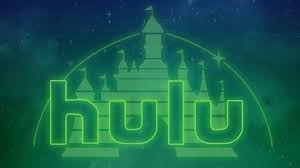 Walt Disney Co.’s Hulu division is lifting the subscription cost of its live-TV service by 18% to $65 a month, in the latest sign that streaming-video providers are feeling comfortable raising prices for consumers, reports Bloomberg.

Hulu is leaving the cost of its traditional streaming service, which features original programming such as “The Handmaid’s Tale” and “Mrs. America,” at $6 a month for an ad-supported version and $12 for the ad-free one. The $10 price hike for the live-TV plan goes into effect Dec. 18.

Hulu + Live TV is a cable alternative, offering more than 65 channels of networks like ESPN and CNN, as well as broadcast channels. That business, often called “skinny bundles,” has been a difficult one in which to make money because it’s hard to offer a competitive array of channels at a discount price.

Consumers have flocked to streaming since the pandemic shut down or restricted movie theaters and other entertainment alternatives. Last month, industry leader Netflix Inc. increased the price of its most-popular plan in the U.S. by $1, to $14 a month.

Subscribers to Hulu’s live service jumped 41% to 4.1 million last quarter, bringing Hulu’s total to 36.6 million, according to Disney. The company cited growth at Hulu as a reason that losses narrowed at its direct-to-consumer division. Chief Executive Officer Bob Chapek described the live service as rapidly growing and said he uses it himself at home.