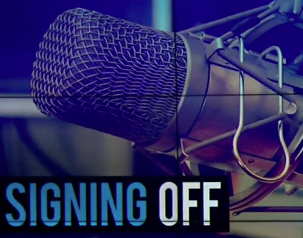 Local Christian radio stations WMOB 1360 am and WTOF 11110 AM in Mobile will officially cease broadcasting on Sunday, according to gulfcoastnewstoday.com citing staff at the stations.

Acquired by Buddy Tucker Association Inc., the stations have been under the ownership of Tucker’s wife, Lavaughn Tucker, since his death two years ago.

“She is in her 90s and is no longer able to keep up with the expense of running the stations,” said longtime DJ Debby Day.

The stations air a Christian radio format including syndicated Christian talk and Christian ministry, plus Southern Gospel music, but both the stations’ contributors and advertisers have dropped off dramatically since the COVID-19 outbreak, Day said.

According to Wikipedia, WMOB (1360 AM) serves the Mobile metropolitan area. WMOB began broadcasting as WLIQ in 1961, owned by E.W. Jemison and Frank Conwell as Jemcon Broadcasting Company.

WMOB had been simulcasting with WTOF, but because of technical difficulties, the Bay Minette station has been off the air for about three weeks, Day said. WMOB will host its last broadcast on Sunday, Nov 22.