Rogers Sports and Media is cancelling its Breakfast Television shows in Calgary and Vancouver, making adjustments to some local radio operations and laying off an unspecified number of staff.

A statement from the Toronto-based company says "a small percentage" of its staff across the country will be let go.

It says the Breakfast Television brand will remain and a new version of the morning show will air on six Citytv stations starting in the new year.

However, several people took to Twitter to say they'd be leaving the company, including Steve MacArthur, who has been a news editor at CJNI News 95.7 in Halifax.

"I was among the cuts today and "small percentage" of people let go across the country. I'm not surprised, doing fine and look forward to a nice break," MacArthur tweeted late Tuesday.

The CBC reports more than half of the staff at News 95.7 in Halifax were laid off, as parent company Rogers Media deals with what it calls a "seismic shift" in the industry on top of the COVID-19 pandemic. The layoffs, which come into effect Nov. 27, will reduce the number of staff at the news/talk radio station to six from 14. 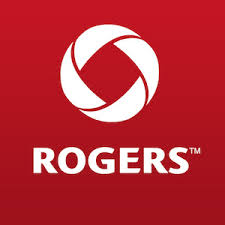 Rogers Sports and Media, a fully owned subsidiary of Rogers Communications Inc., owns 56 radio stations and seven television stations, according to its website.

With the expiration of an US$8.4 billion play for the Cogeco group, investors are asking what’s next for rival Rogers Communications Inc, according to Bloomberg.

Rogers, Canada’s no. 3 cable and wireless firm by market value, teamed up with Altice USA Inc. to launch a hostile takeover bid for Quebec-based Cogeco Inc. and subsidiary Cogeco Communications Inc. When the controlling Audet family rejected the offer, they upped the price -- but the family stood firm and wouldn’t negotiate. The offer ran out Wednesday.

“We’re disappointed that we didn’t get the ability to engage with either the Audet family or the Cogeco boards on what is a terrific offer, a highly valued offer,” Rogers Chief Executive Officer Joe Natale said Wednesday at an industry conference.

For industry watchers, it’s now a waiting game to see if Rogers sells all or part of its Cogeco investment. “We’ll see if we hear about any next steps by Rogers before or with its 4Q reporting in January,” National Bank of Canada analyst Adam Shine said in an email.