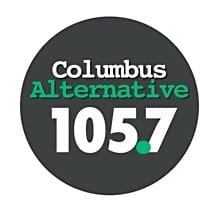 iHeartMedia Columbus has announced that it will bring the Alternative music format back to the WXZX and the Columbus community with the debut of The New Columbus Alternative 105.7, Everything Alternative.

The New Columbus Alternative 105.7 will broadcast a variety of Alternative music from top artists and bands including hometown band Twenty One Pilots, Cage the Elephant, Foo Fighters, Billie Eilish and The Killers as well as Alternative music pioneers like Sublime, Depeche Mode, Beck, The Cure and others. The station’s afternoon host will be Rafferty, who has a unique connection to the Columbus music community. He will be joined by other on-air personalities to be announced soon.

“There’s a significant appetite in Columbus for new music discovery and a place to rediscover some 90s and 2000s Alternative music hits which has a strong nostalgic appeal right now,” said Kris Foley, Metro President for iHeartMedia Central Ohio. “Plus, with more people looking for audio companionship while working from home, we knew the time to change lanes was right now.”

“This station will be all about the music and a strong local connection,” said Michael McCoy, Senior Vice President of Programming for iHeartMedia Columbus. “In fact, we’re looking for guest hosts in the evening who are connected to the music community and aspire to build an on-air show. Follow Columbus Alternative 105.7 on all social platforms by searching @Alt1057 to get info on how to audition.”
Posted 9:58:00 AM