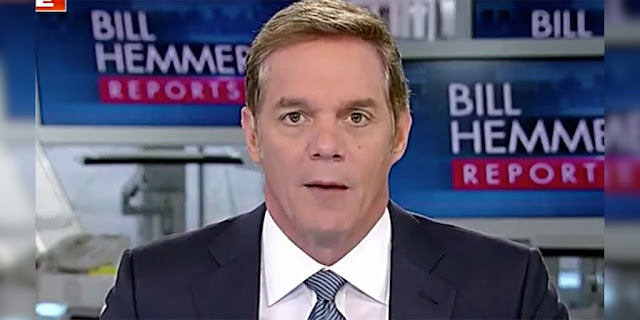 Fox News anchor Bill Hemmer called out the reporters for their questioning of President-elect Joe Biden.

On Monday, Biden made remarks about how his administration will handle the economy but then took a handful of questions from pre-selected reporters, which were mostly focused on President Trump and his refusal to concede the election.

"You've been watching to what amounts to a bit of a love fest here between the media," Hemmer told viewers.

During a panel discussion with Washington Post columnist Marc Thiessen and Democratic strategist Mo Elleithee, Hemmer offered a sampling of what was asked by reporters.

"By my count, Marc, here were the questions: If the president doesn't give up, what are you gonna do?" Hemmer said. "One reporter called it 'unprecedented blocking of the transition plans.' ... Another question: Will you get the vaccination? What did you think about the president's tweet on Saturday? Another question as to whether or not families should get together for Turkey Day."

How will Congress address COVID relief under a Biden presidency? | https://t.co/gibSSz4XTU

Hemmer added, "If this is the case, those briefing rooms, gentlemen, will be very different the third week of January."

"No doubt, no doubt they will be," Thiessen agreed.

Both Thiessen and Elleithee expressed that they wished reporters would grill Biden on how he would work with Congress to pass COVID-19 relief for struggling Americans as lawmakers continue to stall on another round of stimulus.

The Hill media columnist Joe Concha slammed the Biden presser, saying "This wasn’t softball. It was T-Ball when putting a beach ball on the tee."

"Four of the first five questions about President Trump. None about condemning the violence we witnessed in Washington D.C. over the weekend. And Joe Biden not even calling on reporters himself, with a staffer deciding on a pre-determined list of approved journalists instead that never ask anything resembling an uncomfortable question," Concha told Fox News. "If this a preview of the next four years, no thanks."